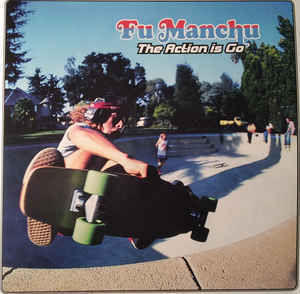 The Action Is Go!

At The Dojo Records


The second release in Fu Manchu’s 30th Anniversary vinyl reissue series, The Action Is Go Deluxe Edition, celebrates the band’s 4th album and debut of guitarist Bob Balch and drummer Brant Bjork, which was originally released on 7 October, 1997.Produced by White Zombie’s J. Yuenger and recorded at the legendary Sound City Studios and also at Grandmaster Studios in Los Angeles, California, The Action Is Go is considered a classic of the '90s and a pillar for the "stoner rock" movement.