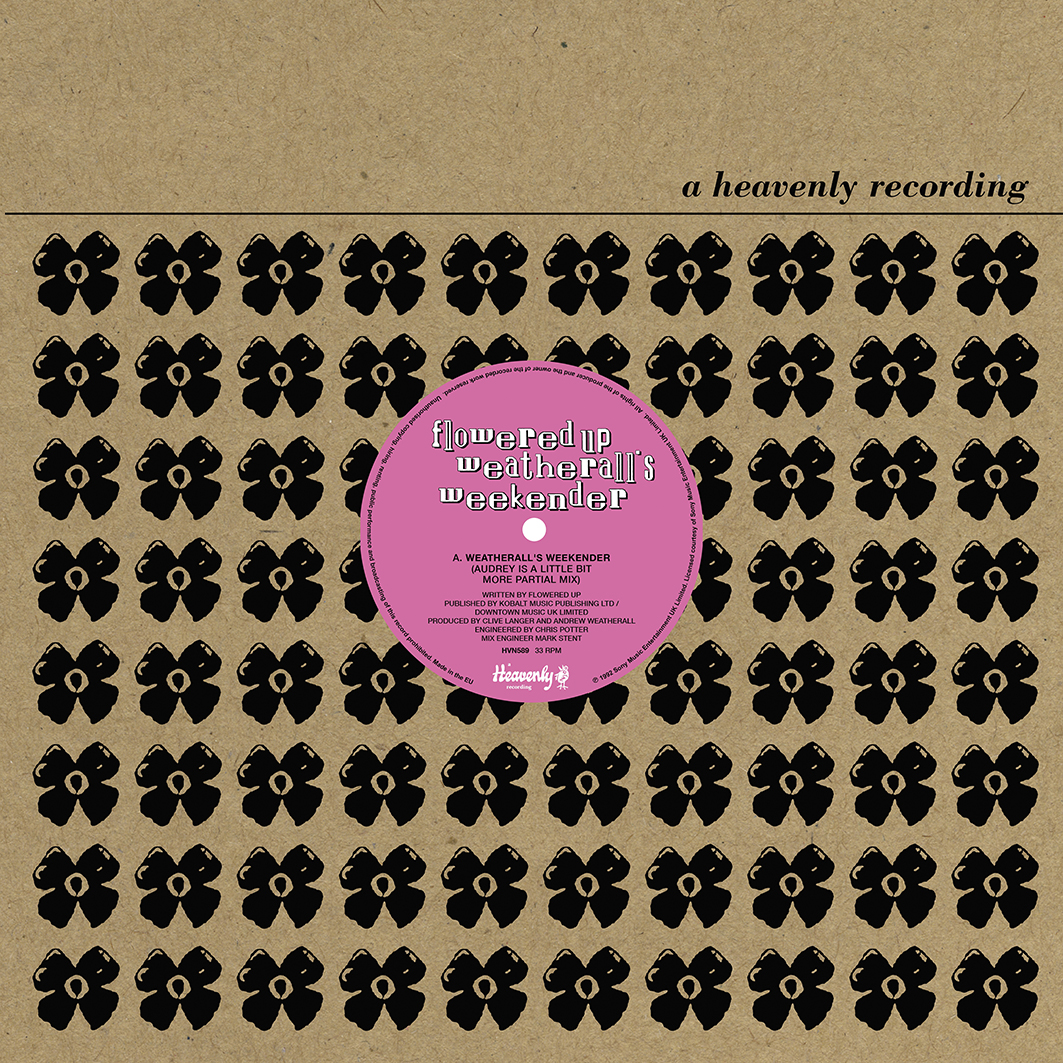 
Weekender was always a mass of contradictions. Both derisory commentary on part-time party animals and shout-along anthem adopted for committed fans and casual listeners alike, it was equal parts acid house and progressive rock. Lyrically, it was far more free form street poetry than pop song, a snarl from the sidelines. And, ultimately, it was both Flowered Up’s towering zenith and their troubled swan song. Now nearly three decades on, it’s easy to see it as one of the best singles of the 1990s: a record that did everything people would claim Britpop did, only far better, and a few years upfront. As part of Heavenly’s 30th anniversary year, Weekender is being reissued on two 12”s. The first features the original version remastered and - for the first time - the full soundtrack to the film. Weatherall’s Weekender features the two remixes remastered (Audrey Is A Little Bit Partial & Audrey Is A Little Bit More Partial).