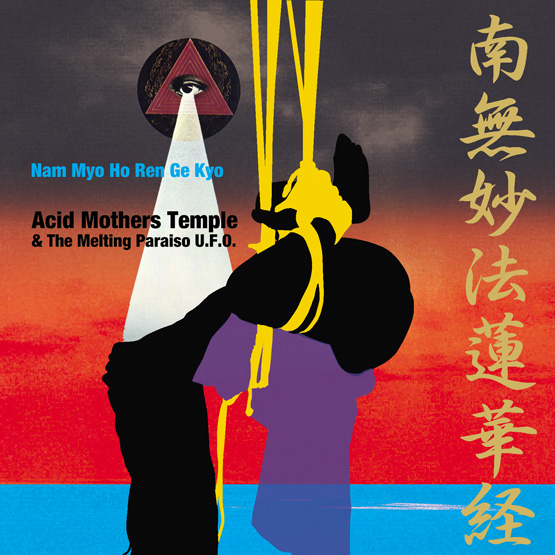 
Pink coloured heavyweight 180 gram audiophile double vinyl LP Not previously released on vinyl Acid Mothers Temple & the Melting Paraiso U.F.O.are a Japanese psychedelic rock band, the core of which formed in 1995.The band is led by guitarist Kawabata Makoto and early in their career featured many musicians, but by 2004 the line-up had coalesced with only a few core members and frequent guest vocalists. The band has released albums frequently on a number of international record labels as well as the Acid Mothers Temple family record label, which was established in 1998 to document the activities of the whole collective. 'Nam Myo Ho Ren Ge Kyo' is an album by Acid Mothers Temple & The Melting Paraiso U.F.O., first released on CD only in 2007 by Ace Fu Records and now re-mastered by John Rivers at Woodbine Street Studio especially for vinyl release for RSD 2020. 'Nam Myo Ho Ren Ge Kyo' is a phrase which was expounded by a 13th century Japanese Buddhist monk called Nichiren.The chant translates to somewhere between "I devote myself to the Mystic Law of the Lotus Sutra", or the more traditional "…the Wonderful Dharma of the Lotus Flower Teaching".