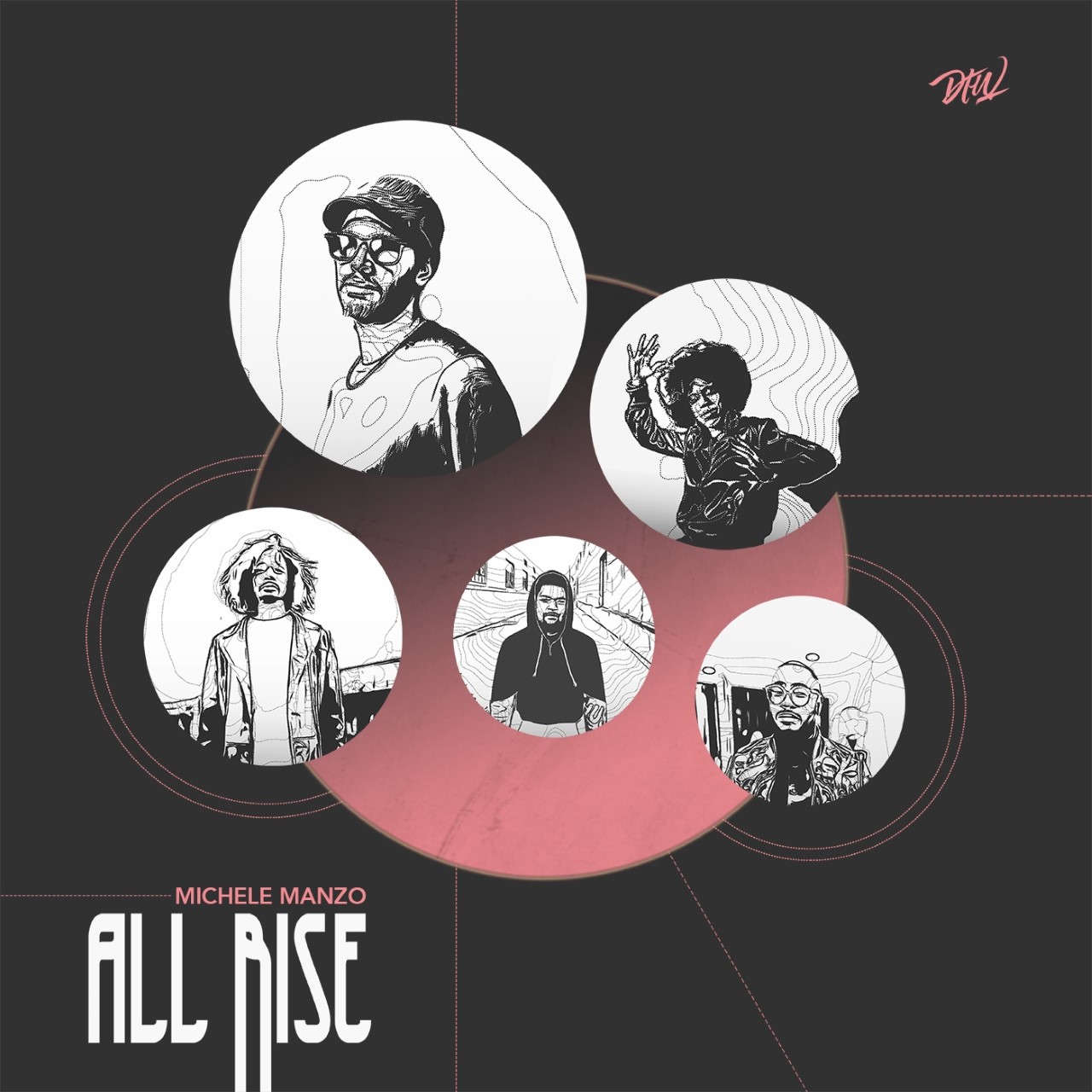 
While jazz and funk are at the core of Michele Manzo’s musical foundation, the Italian artist deftly draws upon his inspirations in hip-hop, dub, and Brazilian music as both an instrumentalist and produce. ‘ALL RISE’ is a genuine reflection of Manzo’s art form, which sees so many different styles and influences coming together in the most natural, organic way. Everything was recorded live using bass, synth bass, guitar, old analogue keyboards, blended together with modern synths, dub delays and ambient fx - giving off the familiar warmth of boom bap and progressive stimulation of neo-soul.

A3. Soundtrack For The Summer

A5. Train From Cali

B1. Another Day In LA (feat. RayClev)