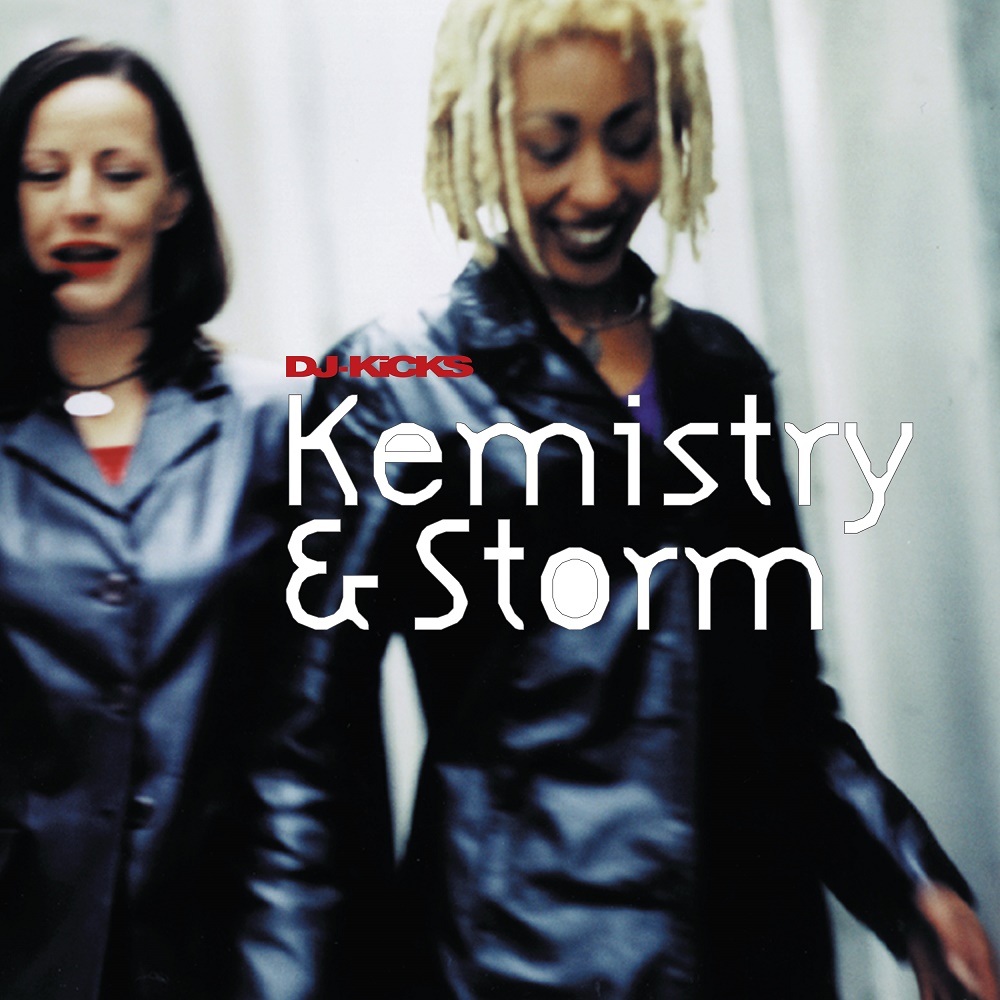 
It all began in the late 80s: KEMISTRY & STORM had had enough of their hometown in middle England and moved down to London. Until then, Birmingham-born Kemistry had spent most of her tender years studying as a make-up artist in Sheffield while Storm was studying radiology in Oxford. The pair discovered acid house in London, partied at illegal warehouse raves, and at the end of the 80s stumbled upon ‘Rage’, Fabio and Grooverider’s legendary and influential club night at Heaven, which can be legitimately dubbed as the origin of the entire Breakbeat/Jungle/Hardcore/Drum ‘n’ Bass movement. This is where they decided to dedicate their future entirely to music – as DJs. The Who’s Who of 90's British Drum ‘n’ Bass producers abounds on DJ-Kicks, and with Goldie, Dom + Roland, Digital, DJ Die, Johnny L and J Majik, features old friends of KEMISTRY & STORM. Any trainspotter can see that with labels like Metalheadz, Full Cycle, XL, Test, Renegade Hardware or Formation, the duo work their way through a range of the most diverse styles, and make DJ-Kicks an exciting testament to contemporary Breakbeat culture.

A2. Bill Riley – Closing In