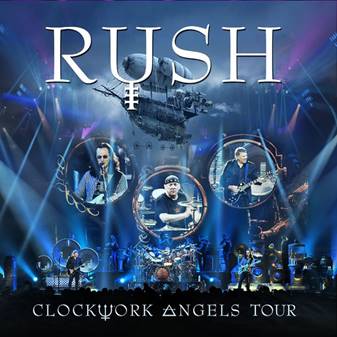 
Rush are proud to present the live album, Clockwork Angels tour on a 5LP vinyl set. Clockwork Angels was the iconic prog-rock band’s 19th studio album in 38 years and the final since they finished touring in 2015. The original album debuted at no. 1 In Canada and no. 2 in the US, ranking as one of the highest achieving albums in their catalogue, and the tour went on to create a memorable legacy for the band. Accompanied by the Clockwork Angels String Ensemble, the album was elevated to an even higher level of quality and therefore is so revered amongst fans across the globe.