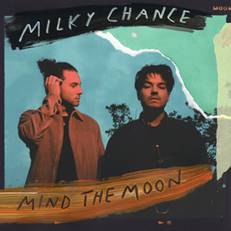 
Milky Chance announce the release of their third album Mind The Moon out on November 15th via Ignition Records. It’s rare that on a day you hear a new Milky Chance song that you’ll hear anything else as fresh sounding. This track is one of their most introspective offerings yet. The band explain "It’s not just a daydream, it’s more like a vision of how things could be, and where you could go. It’s about those mechanisms that starts working when you don’t know how to deal with reality.“ Their collaboration with Tash Sultana evolved after they met at an Australian festival. They got together shortly after in the studio to create Daydreaming. Tash’s debut record, Flow State, has seen the artist win host of tastemaker credibility from media from across the globe from Rolling Stone, Triple J to the Guardian.