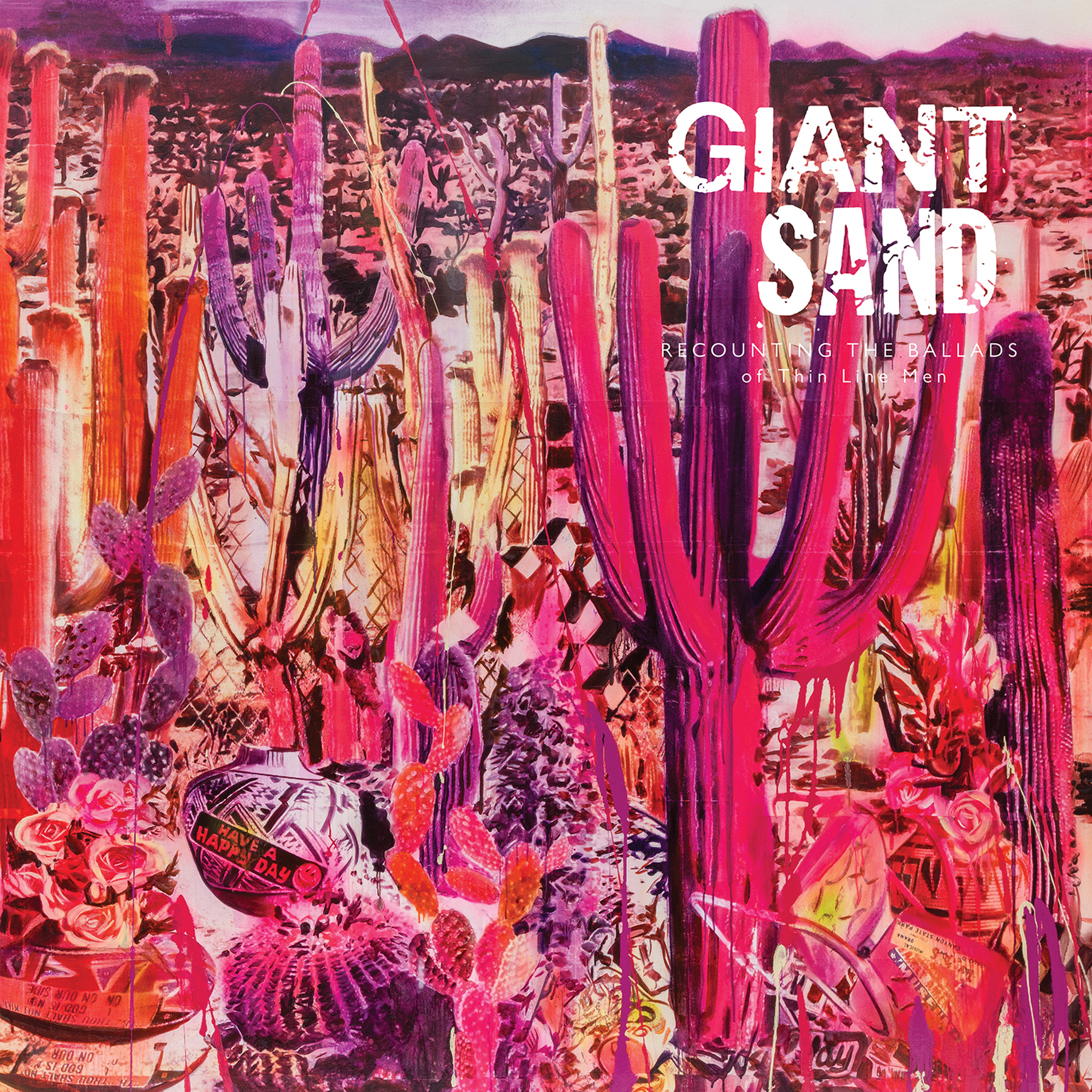 Recounting The Ballads Of Thin Line Me


Gatefold, Purple vinyl is for Indie stores only. It’s 33 and a third years since the seminal Giant Sand and its country cousin The Band Of… Blacky Ranchette entered the studio to lay down their second albums. Yes. Both bands had recorded their second albums each. Two sides of the multi-faceted hyper-productive Howe Gelb. “I was turning 28,” he recalls, “and had been wanting to make and release albums since my early 20s, but only recently had figured out how. It was time to make up for lost time.” Time was of the essence. That thin line between then and now has seen journeymen Giant Sand release 27-ish albums, their latest, ‘Recounting The Ballad Of The Thin Line Men’ turning the clock back to 1986’s ‘Ballad Of A Thin Line Man’, picking over the bones and making a whole new soup. All these years on, the latest incarnation of Giant Sand have dusted off the old vinyl and re-imagined those heady days – they’ve polished these buried gems, reignited some truculent tirades and rekindled an ageless angst.