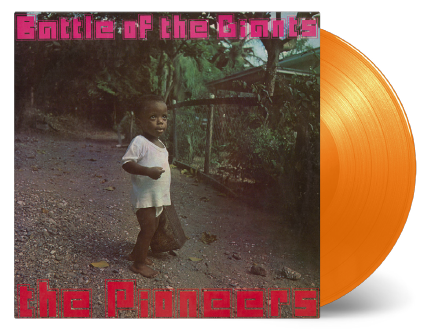 Battle of the Giants


The Pioneers Classic album 'Battle Of The Giants' is reissued as a limited edition of 750 individually numbered copies on orange coloured vinyl. One trio that not only succeeded, but blossomed following the onset of reggae, is The Pioneers, who in 1969 became one of the first Jamaican acts to achieve international success with their UK hit, “Long Shot Kick The Bucket”. Their third album Battle Of The Giants is a little bit softer compared to their previous records, and even features a soul ballad. “Consider Me” and the title track “The Battle Of The Giants” are two of the best known songs from this album. The collection is a must-have for all self-respecting fans of boss reggae and is now finally available once again.