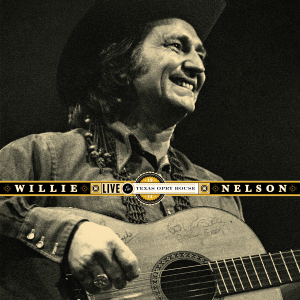 
Willie Nelson - Live at the Texas Opry House, was recorded over the course of two nights in 1974, just a few months after Phases and Stages was released. The album was scrapped in the early 1970s and was only released in 2006 on the The Complete Atlantic Sessions captures a rising star whose fame and fortune lurked just around the corner. Pressed on double vinyl. Will include a reproduction of the original poster.