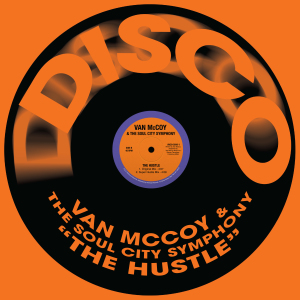 
“The Hustle” by Van McCoy, is the ultimate classic disco song. While Van McCoy may not have invented the dance that was associated with the song, the catchy tune dominated the airwaves and dance floors, catapulting the disco craze into the world during the summer of 1975, hitting #1 on the Billboard charts and earning a Grammy Award for Best Pop Instrumental Performance.