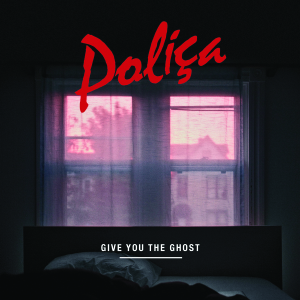 Give You The Ghost


10-year anniversary of POLIÇA 's classic debut album Give You The Ghost, repressed on limited edition white opaque vinyl and limited to 1,500 worldwide. Give You The Ghost was one of 2012’s standout debut albums, marrying as it did post-rock and R&B to stunning effect, leading Bon Iver’s Justin Vernon to describe them then as “the best band he’d ever heard”. Give You The Ghost’s influence on sonics and production can still being felt to this day. Lead singer Channy Leaneagh’s delicate yet visceral vocals, occasionally and subtly manipulated by a Helicon 5, formed a sweet harmonic partnership with Chris Bierden’s bass riffs. This, matched with the twin attack of drummers Drew Christopherson and Ben Ivascu and the anti-production techniques of fifth member Ryan Olson, made POLIÇA a unique proposition, as demonstrated on singles Lay Your Cards Out, Dark Star and Wandering Star. A break out performance at 2012’s SXSW saw them booked for TV slots on Jimmy Fallon and Later with Jools Holland, plus a plethora of festivals including Coachella and Glastonbury. Track listing: A1 Amongster A2 I See My Mother A3 Violent Games A4 Dark Star A5 Form B1 The Maker B2 Lay Your Cards Out B3 Fist, Teeth, Money B4 Happy Be Fine B5 Wandering Star B6 Leading to Death