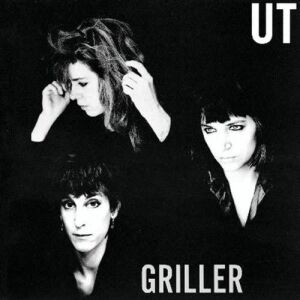 
Latest in the UT reissue series, RSD version of the new one comes with exclusive 7" . Originally recorded/ released in 1989. Steve Albini recorded this album, and captured UT at the peak of their creative powers. Long out of print, the album has been remastered for this release. and the RSD pressing comes with a bonus 2 track 7", featuring Fuel / Griller X . "The raw power and sheer drive of Ut is quite straightforward and unmistakable. This is a true threatening guitar band.” – N.Y. Rocker “I swear I have never seen a band play harder, I have never seen musicians put so much into their instruments, I have never seen such concentration on stage; in short, I have never seen people make rock ‘n’ roll so much their own, using the normal tools to create a singular, bone-shaking form of expression.” – The Village Voice