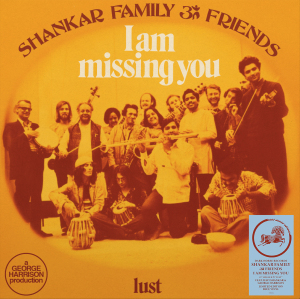 I Am Missing You b/w Lust


Reissue of the first single on Dark Horse Records. Originally released in 1974, the single has been out of print for over 45 years. Vocals by Lakshmi Shankar and featuring appearances from George Harrison, Ringo Starr, & Billy Preston. Produced by George Harrison.