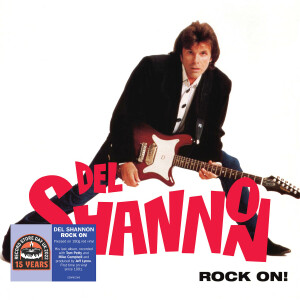 
180g Red Vinyl - First re-issue since original release in 1991. “Rock On” was Del Shannon’s last album before he sadly passed away. The album was produced and co-written by two of the Travelling Wilburys – Jeff Lynne and Tom Petty – and also features Mike Campbell and Benmont Tench from The Heartbreakers. At the time it was rumoured that Del was due to take the then recently-deceased Roy Orbison’s place in the Travelling Wilburys. This album gives the listener an idea of how that might have sounded.