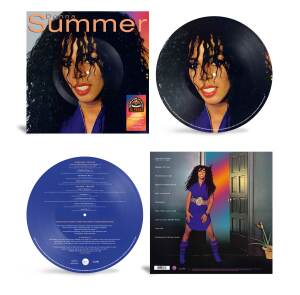 Driven By The Music


40th Anniversary Picture Disc - Donna Summer became the first Artist signed to the new Geffen Records label in 1980, and her second album released for the label was the 1982 classic ‘DONNA SUMMER’, which saw her enter new territory, with production duties by Quincy Jones. The album’s r&b/pop dynamic featured a ‘Who’s Who’ of the industry, from the album’s lead single ‘Love Is In Control (Finger On The Trigger)’, to the All Star Chorus on the Jon & Vangelis written ‘State Of Independence’, the beautiful ‘The Woman In Me’, the James Ingram vocal harmonies on ‘Mystery Of Love’, and the Bruce Springsteen-penned and performed ‘Protection’. This newly mastered vinyl Picture Disc LP celebrates the album’s 40th Anniversary.