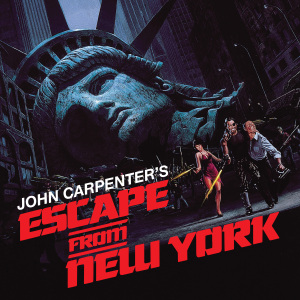 
"The main theme from the Original Soundtrack of one of the most iconic film theres ever! Taken from the original soundtrack album, this 7” single has the film’s Main Title as its A Side, and The Bank Robbery on the B Side. John Carpenter's Escape From New York was released in 1981 and 40 years on the film remains a firm cult favourite with sci-fi fans worldwide. Originally released on the 31st of July 2015, the vinyl LP edition of John Carpenter’s classic thriller mirrored the expanded CD release from 2000, with over 20 minutes of previously unreleased music plus music from scenes deleted from the final print and original dialogue highlights. The masters were re-mixed from the original multi-track session tapes by long-time Carpenter associate Alan Howarth. "