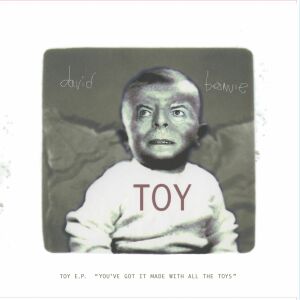 
5 Track Digi CD . (‘YOU’VE GOT IT MADE WITH ALL THE TOYS’) features the previously unheard ‘SHADOW MAN (VOCAL AND PIANO MIX)’, an alternative stripped back mix of the TOY album track, along with the unreleased live versions of ‘I DIG EVERYTHING’ and ‘THE LONDON BOYS’ recorded at the final Glastonbury warm-up show at the Roseland Ballroom, New York on 19th June, 2000. The E.P. also contains three tracks ‘YOU’VE GOT A HABIT OF LEAVING’ (RADIO EDIT), ‘SILLY BOY BLUE’(ALTERNATIVE ENDING MIX) and ‘CAN’T HELP THINKING ABOUT ME’ (LIVE MARK RADCLIFFE SHOW BBC RADIO 1 SESSION), previously only available as streaming singles and which are making their physical debut