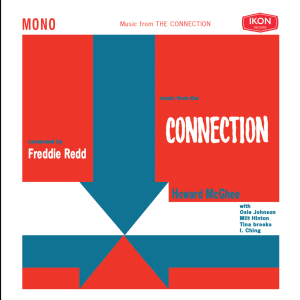 Title Music From The Connection


Coloured Vinyl. Music from The Connection is a jazz album by trumpeter Howard McGhee, one of the first and finest bebop trumpeters. Much in demand, and acheiving high prices on Discogs, the album was recorded on June 13, 1960, and released on the Felsted label. It features performances by McGhee, Tina Brooks, Freddie Redd, Milt Hinton and Osie Johnson. The album featured music from the off-Broadway play The Connection by Jack Gelber, featuring music composed by Redd