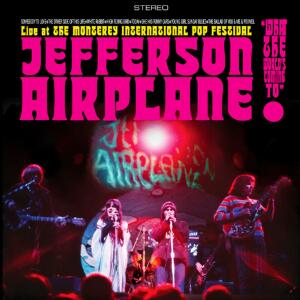 
Jefferson Airplane Live at The Monterey International Pop Festival! Their performance took place on Saturday night June 17, 1967. The Ode Sounds / Monterey Pop team: The package design will be the same layout and specs with color vinyl as the previously released "Live at Monterey Pop" titles (Otis Redding, The Who, Big Brother and The Holding Company). This will be the first time this set has ever been released on vinyl LP!