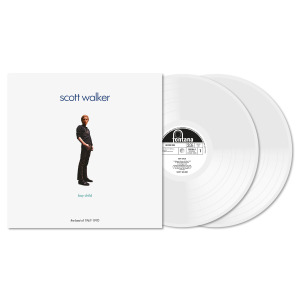 
Originally released in 1990, ‘Boy Child’ gathered together the very best Scott Walker-penned solo material from Walker’s first five solo albums for Philips. While the original 20-track CD from 1990 has gone on to become the definitive introduction to the artist’s early work, ‘Boy Child’ was only available for a short time as a single vinyl LP with a truncated tracklist. This version features the full collection as a deluxe, gatefold, 2LP set on 180 gram white vinyl with the addition of the classics ‘Always Coming Back To You’ and ‘30th Century Man’ plus the rare non-album track ‘The Rope And The Colt’ (included on the 1990 CD but not the 2000 reissue) and ‘Angels Of Ashes’ (included on the 2000 reissue but not on the 1990 version). The album artwork also includes the original liner notes by Marc Almond from 1990, Neil Hannon’s notes from 2000 and brand new notes from Jarvis Cocker exclusive to this edition.